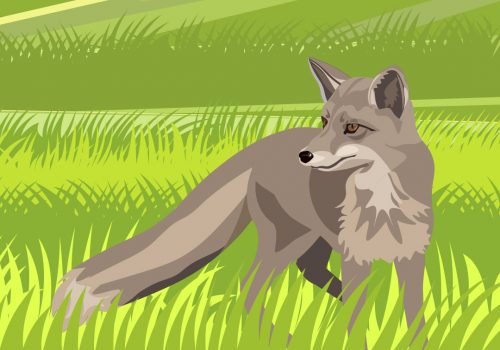 One of the great things about Delaware, and in particular our town of Lewes, is the natural environment that is all around us, providing a home to all manner of wildlife and animals. There are some animals that are common throughout the state, others slightly rarer to spot, and, of course, plenty of birds to catch sight of.

This month at the The Beacon Inn, we’ll be taking you through the wonderful wildlife of our great state. And if you’re keen to get a glimpse of any of these majestic creatures for yourself, there’s no better place to stay than with us in Lewes.

Whether you’re a keen birdwatcher or you want to get the kids involved in exploring the world around them, book a room with us at The Beacon Inn for the perfect place to start the day on your wildlife adventure.

Our state, with its varied habitats, is home to a wide range of common animals that you might spot while out walking, driving, or cycling. Common animals you’ll likely see in Delaware include:

Because of where we’re located, a wildlife piece wouldn’t be complete without giving a special mention to the birds of Delaware. Part of the migration route for many species, as well as offering great natural habitats backed by organizations such as Delaware Wild Lands and Ducks Unlimited, you can spot a wide range of birds, including:

Cape Henlopen State Park is close to our location and a great place to spot some of these species, though it should be noted that certain parts of the park are closed from March to September to protect nesters and migratory shorebirds.

As with all states, here in Delaware we have a number of state animals. The four main ones – and most well known – are:

The official state bird since 1939, the blue hen has been a symbol and mascot for many in Delaware.

Unsurprisingly, Delaware is a popular place for fishing, so in 1981 the game and food fish species, weakfish, became the state fish.

In 2002, the importance of the horseshoe crab – along with the fact that Delaware Bay is home to more of them than anywhere else in the world – was recognized as it became the official state marine animal.

The state wildlife animal is the grey fox, indigenous to the state and suggested by a fourth-grade student in an impassioned piece of writing back in 2010.

In addition to these, we also have a state bug, the Lady Bug, and rescue dogs are our state dog in honor of our passion for helping and caring for homeless dogs.

All animals are just that at the end of the day: animals. They’re great to watch from a safe distance, and while almost all in Delaware are docile enough – or careful enough to avoid close quarters with humans – it’s worth remembering that animals such as foxes and deer can be unpredictable and shouldn’t be approached.

Copperheads and Timber rattlesnakes are venomous snakes known to live in Delaware and can bite when they feel threatened, so if spotted, these should always be avoided, using caution when around wooded and watery areas.

Sadly, Delaware is home to a number of animals at risk of going extinct. Our endangered animals include the following birds:

In addition, the following mammals are listed as endangered species for Delaware:

You can find out more about the wildlife local to our specific area of Southern Delaware over at Delawonder. This is a great resource for visitors and highlights common mammals, reptiles, amphibians, and birds.

Excited to see which animals you’ll find? Why not stay at our beautiful beach hotel? Perfect for vacations – whether you’re an avid nature fan or not – we’re ideally placed by the beach in Lewes, DE.

Our friendly and courteous team provides a warm welcome and advice on the local area for all guests, and it’s why people keep coming back to stay with us.

Learn more about our hotel, and things to do in Lewes DE.

Or Check Availability And Book Online

By clicking "Accept All Cookies", you agree to the storing of cookies on your device to enhance site navigation, analyse site usage, assist in our marketing efforts, and for personalised advertising.